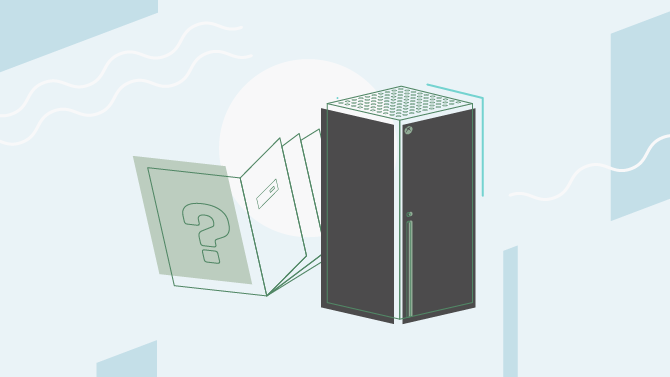 It is no secret that the 802 GB of usable storage space that the Xbox Series X offers is simply not going to be enough for some gamers. In such circumstances, gamers often result in purchasing external storage to simply store more of their favorite games rather than having to install and uninstall games all the time to make up more space.

Luckily, unlike the PS5 gamers, Xbox Series X users can actually use external storage space to expand on their storage and store Xbox Series X titles directly on external drives.

So, if you are a gamer that already has an Xbox Series X external SSD, in this guide, we will show you how to use an external drive with an Xbox Series X so that you can play all of your favorite games on demand.

Can I play Xbox 360 games from a USB-connected external HDD? Can I transfer and play Xbox Series X games using a Seagate expansion card?

These are two of the most common questions, however, chances are that you have more and are super confused when it comes to what you can use for storage and what storage type you can actually use to play games directly from on your Xbox Series X. So, here is a handy breakdown of all possible storage compatibility options to answer all of your questions.

The reason why you can’t play Xbox Series X or Xbox One upgraded games is that the read speed through USB is nowhere near enough for you to have that “next-gen” experience that Microsoft expects.

This was also the reason behind the creation of the Expansion Card in collaboration with Seagate.

So, now that you are aware of everything that you need to know in terms of compatibility, let’s take a look at how you can actually make use of both the Seagate Expansion Card and the USB-connected external hard drive.

How to Use Xbox Series X Seagate Expansion Card

Microsoft worked closely with Seagate to provide a sophisticated solution to gamers who require more storage space while still being able to fully enjoy that next-gen experience. With this said, the Seagate Storage Expansion Card can connect directly to the Xbox Series X via a dedicated, proprietary connector that is located on the Xbox’s rear.

The rectangular-shaped port is located adjacent to the HDMI output. You can also look for a label called “EXPANSION PORT.” When you remove the plastic cover, the Seagate’s SSD can slide directly into the port.

One of the key benefits of that is that you won’t have to disconnect from chatting to your friends to go and play a game that is on a different expansion card.

So, to answer your question, once you get your expansion card, quite literally connect it to the port, and you can start viewing and using the data on that expansion card directly on your Xbox.

How to Use USB External Hard Drive

For those that are looking for a cheaper external hard drive solution to the expansion card, you can just use an external HDD that connects to the console via a USB. The Xbox Series X features multiple USB-A ports, so, make sure that your external HDD uses the right connector before you make the purchase. Those ports are rear-facing, making them great for hiding additional cables from external HDD. However, there is also an additional port in the front of the console.

When you connect the external HDD to your Xbox Series X, the console will automatically detect the external storage. Then, an on-screen prompt will be displayed to help you with the setup process. Before you can use the external HDD though, you will need to give the console permission to format the drive, which will effectively delete all the current data that is stored on the drive. So, before you go ahead and do that, make sure that there isn’t any important information on this drive.